Cut to the chase

This morning I woke to this article on my fb newsfeed.  Kirstie Allsopp appears to be declaring war on the NCT and all proponents of natural childbirth.

Now, is it just me or is bashing all things natural with regards to children and childbirth the new thing?  Are we seriously saying that because a few people don't achieve or have the norm, no one else should celebrate it?  Why are we accused of stigmatising women who don't have normal births?  And why (yes... I'll stop asking questions in a minute) has it taken Kirstie 3 years to comment on this?

I have had two caesarean births myself.  The first when Number One Son's heart rate started to drop and I failed to progress (more on whose failure later), the second because the Wee Weapons were a transverse lie (sideways on) which isn't a vaginal birth position.  Did I feel a failure either time? No!  Did anyone make me feel a failure? No! I will quickly confess though... I preferred Number One Son's birth because I felt more a part of it having laboured for 6.5 hours prior to the operation.  With the Wee Weapons I felt coldly detached from the whole process.  No one ever talked about that aspect of caesarean birth and which is why I encourage my ladies to make a Caesarean birth plan (their plan B and nothing to do with Strickland Banks).

I know what Kirstie lacked, I think.  She lacked information and some objective support.  Maybe she got all of that, but it doesn't appear to have worked.  Her article is angry.  It is emotive.  She talks of recklessness, stigmatising and she gets cross when Belinda Phipps uses her own analogy (seatbelts and car crashes).  She sounds in need of a good birth de-brief. (I'm available Kirstie!!!!) It's unfair to criticise the NCT about lack of caesarean teaching.  There are so many things that can happen in birth, no antenatal childbirth educator can cover them.  Yes I know the statistics for caesarean birth are high, but really... should we blame the antenatal classes?  Shouldn't we look at the rates of caesarean birth and ponder why they are so high?  Shouldn't we educate women in the ways of normal birth so that they have a better chance of achieving them?  (Sorry... I was doing the question thing again, wasn't I?)

And when people say that the only thing that matters is a healthy baby, I do have to pause before I answer and say that perhaps a healthy, happy mum as well is the way to go.

Let me briefly tell you about a wonderful couple I supported through to the eventual caesarean birth of their beautiful son.  We had covered birth in our antenatal sessions, Mum knew what she wanted, Dad was fully supportive of all her choices.  Labour started well, Mum and Baby were happy.  We arrived at the hospital full of faith that this would be a straightforward, normal birth.  Things did not go according to plan.  Dad guided Mum through her contractions by talking her through ski runs they'd done.  When she needed a break and a rest, I talked her through some guided imagery (namely my favourite thing... floating on a clear blue sea, under a gorgeous sky with silver fish gently nipping at her toes).  We were an amazing team.  For some reason her son didn't want to descend fully into the pelvis.  We were at it for the longest time.  The doctors were itching to come in to talk to Mum, but Dad talked to them outside the room and when he came back in the two of us helped Mum grieve the loss of her dream birth.  With each stage that a new intervention was due Dad would do his thing with the doctors and come back in to share with his wife.  The whole time Mum and Baby were happy.

Eventually time had run out.  Mum and Baby were tiring and having grieved the loss of a vaginal birth Mum and Dad allowed the doctors in to talk about caesarean birth.  Let me quickly point out that had there been an urgent medical reason for a caesarean birth the doctors would not have stayed outside the door.  It is a testament to their woman friendly attitudes that they respected the decisions of my couple. 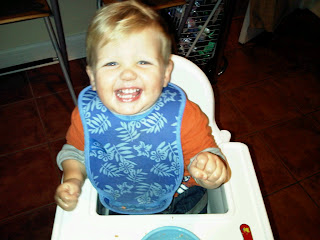