In the words of another - My new crush

Denis Walsh!  How have I come so far in my Doula career and not come across Denis Walsh before attending the MAMA Conference?  What a rookie error.  The man is amazing.  Oh, you're sensing a theme aren't you?  You think I'm going to go into divine raptures about this man don't you?  As if I.... yeah!  You're right!

The Rhythms of Labour was a fascinating presentation.  A lovely Doula friend said that she used to believe 'no uterus, no opinion' until she heard Denis.  I have met 3 male midwives who made an impact on me.  The first was in a South London hospital, Queen Mary's, the second at UCLH, based in central London, and Denis Walsh.  The first is my favourite ever midwife.  He had such a gentle manner, he clearly believed in a woman's ability to birth her baby and he talked with such calm authority.  I loved hearing his stories of his wife and sons.  The second is, I confess, the worse thing to ever happen to midwifery.  Obviously that is my opinion, but when you break a woman's spirit in labour, shout at her for not pushing according to your dictates whilst you watch a screen and then leave promptly at shift change with barely a word of goodbye, well... I know how I feel.  So you can imagine how fabulous it was to meet Denis, who single handedly restored my faith in male midwives.

Enough of me, this is about Denis.  Here was another speaker who placed importance and emphasis on collaboration amongst the birthing world.  He started out by talking to us about the different paradigms of labour.  He told us about Friedman's Curve and gave other examples of how doctors etc have tried to quantify labour.  Denis talked about how birth is a dance.  Instantly the words 'birth is a dance, not a goosestep' came to mind.  Dance is so (or can be) so fluid and it changes according to the lead.  The dance of birth is led by mother and baby.  They find their rhythm and they dance.  There is no rigid marching and saluting the linear graphs.  This partnership is one of stops and starts, a piacere and adagio.  Denis spoke about the experiential way that labour feels.  I don't know how your dance will go, any more than you could have predicted how mine went.  We heard about the 'unique normality' of birth (Downe & McCourt 2008) and 'orderly chaos' Winter & Duff (2010).  Denis pointed us towards 'Holistic Midwifery Volume 2' (Frye 2004) and talked about us 'doing nothing, well'.  To be clear, he was talking about us waiting as women birthed, learning the art of 'doing' nothing and doing it well.  Another lovely phrase that lives in my consciousness now is 'some things that really count, cannot be counted'.  He talked to us about fearing the unusual.

It is our fears that impact the women we support and in turn increases their fears (or even create fear within them).  We find it hard to sit still and do nothing.  And yet, what does the birthing woman need us to do?  Denis repeated the phrase I use so so often.  Pizzas are delivered.  Babies are born. 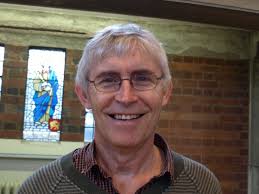